It's here, It's here, It's finally here!! Another hour of daylight will be added to our evenings starting this Sunday and we could not be more excited!

If you are interested in a little history lesson, read below to find out how this time change came into play in the late 1800's and was then adopted in the early 1900's for an entirely different reason...

In 1895, George Hudson, an entomologist from New Zealand, came up with the modern concept of daylight saving time. He proposed a two-hour time shift so he’d have more after-work hours of sunshine to go bug hunting in the summer.

Seven years later, British builder William Willett (the great-great grandfather of Coldplay frontman Chris Martin) independently hit on the idea while out horseback riding. He proposed it to England’s Parliament as a way to prevent the nation from wasting daylight. His idea was championed by Winston Churchill and Sir Arthur Conan Doyle—but was initially rejected by the British government. Willett kept arguing for the concept up until his death in 1915.

In 1916, two years into World War I, the German government started brainstorming ways to save energy.

“They remembered Willett’s idea of moving the clock forward and thus having more daylight during working hours,” explains David Prerau, author of Seize the Daylight: The Curious and Contentious Story of Daylight Saving Time. “While the British were talking about it year after year, the Germans decided to do it more or less by fiat.” 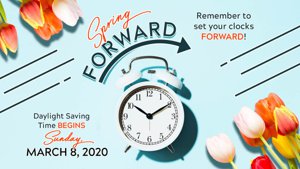